My 2015 Year with OMG and Search Engine Optimization (SEO) 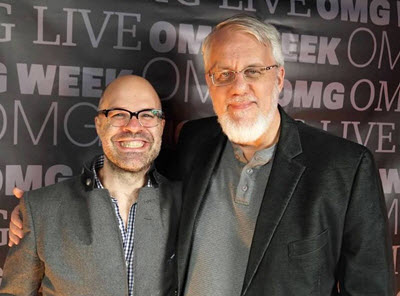 I joined OMG, which stands for One Man Group. My first experience was in June 2013. I renewed with their newer training towards the end of 2014. It was then that they began a premium membership called “Director’s Cut”, which included extra training via webinars (and replays).

OMG was called One Man Group, based on the idea that you could work by and for yourself, typically at home, and make more money at home than most people do working for someone else. The work primarily involves serving SEO clients, lead generation and doing affiliate marketing. And recently, they have added Amazon selling as another source of income.

What is SEO? It stands for “Search Engine Optimization”, and basically involves helping (and/or manipulating) the search engines such as Google, Yahoo, and Bing to send organic (i.e. free, non-paid web traffic) to any desired website. It often takes three to six months to accomplish that. SEO is frequently divided into on-page and off-page. On-page involves changes on the website itself, and off-page consists of getting backlinks from the right sites with the proper anchor text in those links.

We all relate to different people differently; but listening to Assimilation Webinars lead by Kotton Grammar really sold me on what I was sitting on, i.e. a powerful system. He created the several tools and system known as the “Velvet Ropes” and the “Discovery Form.” Kotton has built up to over 100 SEO clients, and he charges them an average of 00/month. Yes, that’s right, he is pulling in a cool 1/2 million per month. He finds the clients himself and has great techniques for existing clients to give him referrals. He may use a few part-time outsourcers and FIVERR or SEO “gigs”, but does the bulk of the work himself.

In 2015, I put up my own site, Dallas SEO (http://IrvingSEOExpert.com) and got it ranked in top 3 for common terms such as SEO Agency, SEO Company, SEO Expert for people searching in the Irving area. I did this with social links, private blog networks, videos, and paid guest blog posts on high authority sites. It’s much simpler to rank local sites for companies like dentists, roofers, plumbers, accountants then it is for a nation or world-wide site (I’m working on one of those too.)

In July or August, OMG did what they called an Assimilation tour to about 10 major cities across the USA, so of course I went to the Dallas event. It was basically a social/mixer where we go to meet our “player coaches” and talk to other fellow members. The coaches are called “player coaches” because each one of them do what they teach. I got to have my picture made with Kotton, and had a good discussion with Joe Marfoglio and Liz Hererra. Below is the video I made after the event.

In November, 2015, I attended OMG’s 3-day premier training in Franklin, Tennessee (a suburb of Nashville). The event was $2000 and limited to 200 people. Probably 75% of the people there were already full time, running their own businesses. I learned a lot, took a book full of notes, and now putting it all into action.