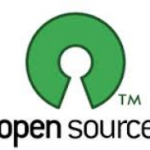 My first open source project that I completed this past weekend was a Python program that helps convert notes from one platform to another (see previous post for details). It is only 212 lines of code.  It probably took 4 hours to totally test it and to use it for my own personal use of transfer 800 notes from one ... END_OF_DOCUMENT_TOKEN_TO_BE_REPLACED

Over the weekend, I convert over 800 notes from Phatnotes to Evernote.  I originally used Phatnotes (from a company called Phatware) to sync notes from my PC to my old windows-mobile phone.  When I switched to Blackberry, I gave up and did without the notes on my phone.  But now that I have an Android phone, I decided to give ... END_OF_DOCUMENT_TOKEN_TO_BE_REPLACED

The Cathedral and the Bazzar – Eric S Raymond

Subtitle: Musings on Linux and Open Source by an Accidental Revolutionary I must admit, that when I began this book, I didn’t know who Eric S Raymond was. Per Wikipedia, Raymond became a prominent voice in the open source movement and co-founded the Open Source Initiative in 1998. He also took on the self-appointed role of ambassador of open source ... END_OF_DOCUMENT_TOKEN_TO_BE_REPLACED

Wikinomics – How Mass Collaboration Changes Everything 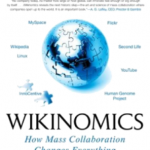 Book by Don Tapscott and Anthony D. Williams “But the Internet has caused transactions costs to plunge so steeply that is has become much more useful to read Coase’s law, in effect backward: Nowadays firms should shrink until the cost of performing a transaction no longer exceeds the cost of performing it externally.” The authors give an example using the ... END_OF_DOCUMENT_TOKEN_TO_BE_REPLACED