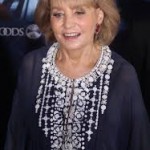 Some Jews question your Jewishness if you don’t have a traditional European sounding name. Barbara Walters was born in Boston to two Jewish parents. Her father’s name was Louis Walters (born Louis Abrahams); he was commonly referred to by just “Lou”.  Barbara Walters’ paternal grandfather, Isaac Abrahams, was born in ?ód?, Poland, and emigrated to England, changing his name to ... END_OF_DOCUMENT_TOKEN_TO_BE_REPLACED

The Challenge of David and Golliath 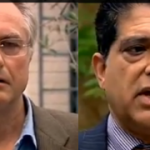 Richard Dawkins, emeritus fellow of New College, Oxford, is an atheist and humanist. He came to prominence with his 1976 book “The Selfish Gene”, which popularized the gene-centered view of evolution and introduced the term meme. He is well known for his criticism of creationism and intelligent design, and he promotes the “Out Campaign”, where Atheists proudly display a scarlet-A ... END_OF_DOCUMENT_TOKEN_TO_BE_REPLACED

Last week, I had a little fun researching crop circles (better called “crop formations” because they are not all circular).  I find their shapes mysterious and hypnotic. The first thing you need to know is that there are actually companies that you can commission to create a crop circle for you.   The Firefox man-made crop circle was 220 feet in ... END_OF_DOCUMENT_TOKEN_TO_BE_REPLACED

Video from the folks at “The Singularity Institute for Artificial Intelligence” Keyword: recursively self-improving systems Speakers on the above video include: 1) Eliezer Yudkowsky – SIAI Research Fellow http://yudkowsky.net/ END_OF_DOCUMENT_TOKEN_TO_BE_REPLACED

Ray Kurzweil speaks at The Singularity Summit at Stanford 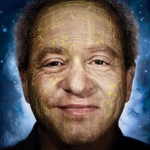 These are 3 x 20 minute videos from Ray Kurzweil, author of “The Singularity”. If you have a very short attention span, then skip these videos, they are 20 minutes each. Part I – In Video 1 of 3, he demonstrates one of his pocket size reader that was designed for the blind. He points a portable device at his ... END_OF_DOCUMENT_TOKEN_TO_BE_REPLACED