Save Hours by Speeding Up Your Audio and Video

I recently made this demo to show you three techniques of how to speed up your videos, both on YouTube and your local machine. In the second video, I was playing with Google Hangouts, and focus on the Enounce tool that enables you to speed up even the commercial ads on You Tube. Click here for free Enounce speed-up tool ... END_OF_DOCUMENT_TOKEN_TO_BE_REPLACED

How to get Nine Million Legitimate Views on YouTube 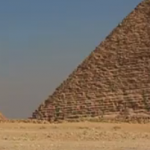 Nike came to young New York film maker, Casey Neistat, and gave with $10,000 to make a commercial for their Nike Fuel Band. He couldn’t include the product in his video, because it was not actually produced until later. Rather than making a “boring” video, he and one friend set out to travel the world until the $10,000 ran out. ... END_OF_DOCUMENT_TOKEN_TO_BE_REPLACED 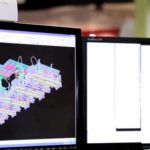 As marketers, we can strive to make better videos. One of my heroes in the world of video creating is Jason Silva. The following is basically a promotion for Autodesk by the talented Jason Silva. Just as equally inspiring are some of the passionate videos created by Empower Network founders David Sharp and David Wood. Watch Founders Video Now Share ... END_OF_DOCUMENT_TOKEN_TO_BE_REPLACED

Last week, I had a little fun researching crop circles (better called “crop formations” because they are not all circular).  I find their shapes mysterious and hypnotic. The first thing you need to know is that there are actually companies that you can commission to create a crop circle for you.   The Firefox man-made crop circle was 220 feet in ... END_OF_DOCUMENT_TOKEN_TO_BE_REPLACED

Recently a friend told me he didn’t know what a supercomputer was. In response to his question, I put together this blog. Ray Kurzweil has said that the computer in your cell phone is about 10,000 more powerful than the ENIAC -the first government computer that filled a room. XGRID in Virginia Tech Quote: With a price of $5.2 million, ... END_OF_DOCUMENT_TOKEN_TO_BE_REPLACED The music is apparently the Kiss or perhaps the Elk Hunt from movie “The Last of the Mohicans”. Profound quotes from the above video. 1. There are more honor students in India, then student in the USA. 2. The top 10 jobs that will be in demand in 2010 didn’t exist in 2004. 3. The US is 20th in the ... END_OF_DOCUMENT_TOKEN_TO_BE_REPLACED