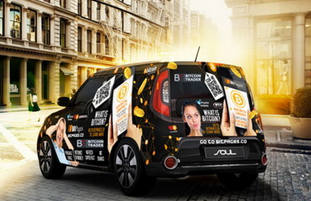 Last week I attended the Dallas Bitcoin “Meetup” at BuzzBrews kitchen in Deep Ellum.  This location was chosen, because the restaurant contains one of the first few Bitcoin ATM machines in Dallas.  A Canadian media company called Kryptoz (pronounced Cryp-Toes) has pulled together several sponsors to go around North America promoting both Bitcoin, the car giveaway, and the Kryptoz sponsors.  There was a literature table of info related to trading Bitcoin, accepting Bitcoins as a merchant, etc…

As I been planning to experiment with Bitcoin, I used this evening as the opportunity to setup an app called “Blockchain Wallet” on my Galaxy Note 3.  It took just a few minutes to setup, then I was off to the ATM, and I videoed the process with the help of a fellow attendee.  Within a few minutes, I converted a bill to .0391 Bitcoins.  The market price of a Bitcoin was about 5.  An historical price chart from CoinDesk.com is shown below; you can see that it sored to over $1100 and has only once dropped below $400 since the $500 mark was passed (the red line in the picture below represents $500).  Some people trade BitCoin just like other trade precious metals or foreign currencies. 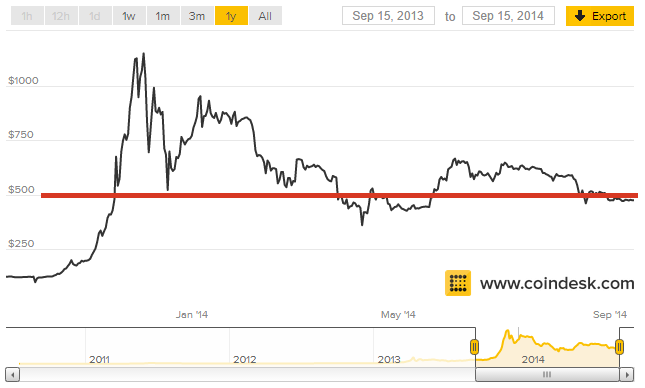 So what exactly is a Bitcoin?  It can be defined as digital currency in which transactions can be performed without the need for a central bank.   A cryptocurrency is a medium of exchange using cryptography to secure the transactions and to control the creation of new units. The first cryptocurrency to be created was Bitcoin in 2009. Since then, numerous cryptocurrencies have been created, but Bitcoin is the leader.  The two charts below from http://www.cryptocoincharts.info show the size of BitCoin compared to the others.  The first one, with the circles, is based on trading volume in last 24 hours (09/16/2014): 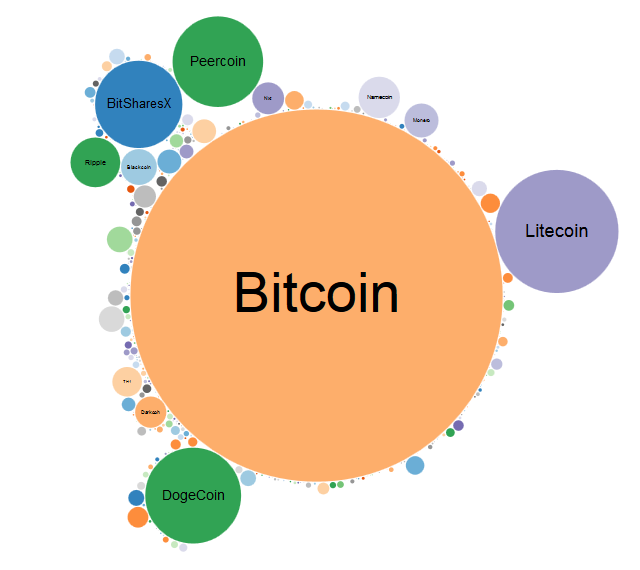 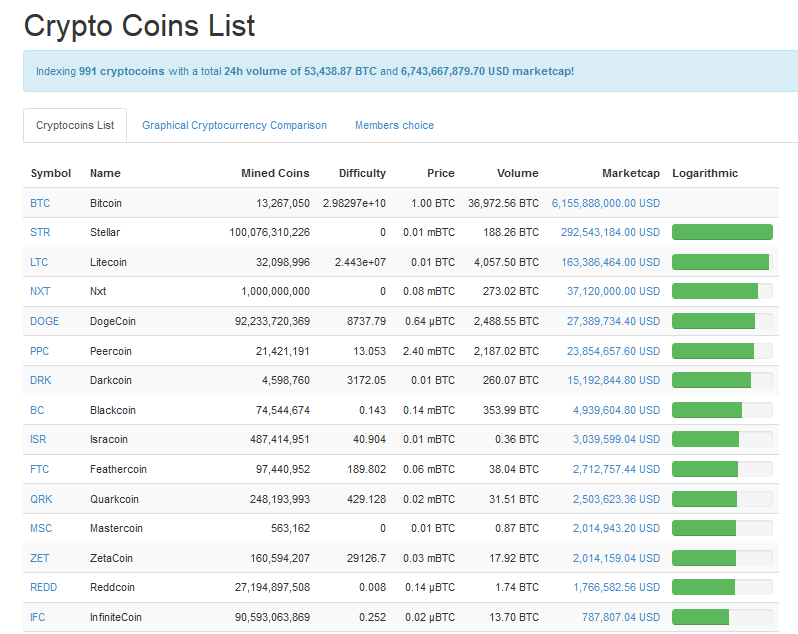 The first line in the chart above tells us the “market cap” for Bitcoin is currently over $6 billion.  That means all the Bitcoins in the world are worth about six billion dollars!  Stats are available here https://blockchain.info/stats, we will talking about “mining” in just a minute.  Some say that $150,000 in electricity is used per day in “mining”…

Bitcoins are created by Bitcoin miners, people like you and me that run computer software the runs hashing algorithms.  In the early days, people did this on their home PCs.  A limited number of Bitcoins are generated, and the currency is guaranteed to be limited due to the way the system is set up (maybe more on that in a future blog).  As more and more people begin mining, the difficulty of mining actually becomes more difficult.  Miners moved to graphics cards for a while, but today, serious miners run on ASICs (application specific integrated circuits – chips that are customized to maximize the Bitcoin hashes).   Bitcoin mining machines are rated in GH/s or TH/s (GigaHash or TeraHash per second).

A few weeks ago, I attended a webinar where a $4000 mining package was being promoted.  It was a 2TH/s machine, which currently generates about 1.25 to 1.5 Bitcoins per month (remember a Bitcoin is worth nearly $500 each, but the price can change). The company would set up and host the $4000 computer for you, and provide the important ingredient, the electricity to run it, for $200/month.  Mining machines are known to run hot, and need serious cooling.

Somehow, the mining itself keeps the system working, and verifies the transactions.  It’s more technical that I can explain right now.  After I attend the Bitcoin Meetup a few more times, then maybe I’ll be able to answer that question.